Women in Music congratulates ERROLLYN WALLEN CBE on her award of the ISM (Incorporated Society of Musicians) DISTINGUISHED MUSICIAN AWARD - one of the highest accolades in music. Errollyn is a founder member of Women in Music always making the difference! Well done Errollyn - adding another great award to your brilliant standing. 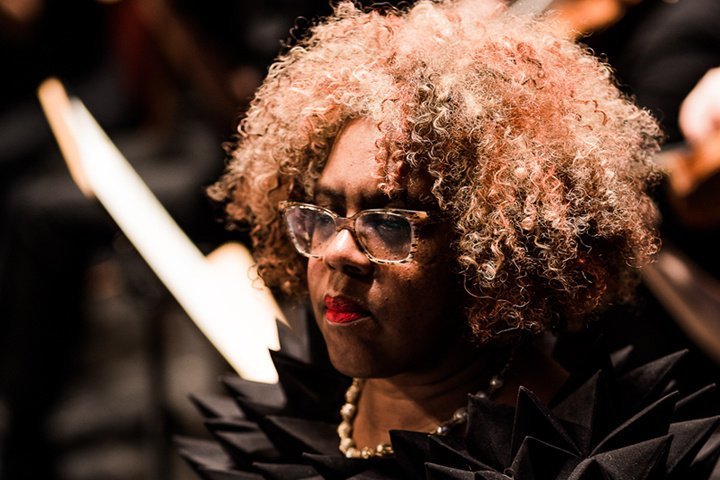 "Belize-born British composer, pianist and singer-songwriter, Errollyn Wallen CBE has been announced as the recipient of the 2020 ISM Distinguished Musician Award, one of the highest honours within the music industry, for services to music.

Established in 1976, the ISM Distinguished Musician Award recognises outstanding contributions to musical life in the UK. Errollyn joins such esteemed recipients as Dame Sarah Connolly, Sir David Willcocks, Sir Charles Mackerras, Sir Michael Tippett, Jacqueline du Pré OBE and Sir Charles Groves.  The ISM Distinguished Musician Award is selected by the ISM Council and is always dated the year before it is awarded to correspond with the term of the ISM President.

Errollyn’s music is performed regularly in concert halls around the world, and she was the first Black woman to have a work performed at the Proms (1998). Her solo album Errollyn reached even greater heights, as it completed 186 orbits around the Earth on NASA’s STS 115 mission. Her work Jerusalem – our clouded hills, a reimagination of Hubert Parry’s setting, was commissioned for the Last Night of the Proms in 2020, and is dedicated to the Windrush generation. Her EP, Peace on Earth, recorded by The Choir of King’s College, Cambridge, was released last November.

On learning of her conferral Errollyn Wallen CBE said:
‘I am deeply honoured to receive this award from the ISM, who do so much to promote the vital importance of music for us all. These times have revealed that the making of live music has been under the direst threat and yet the need and longing for it has never been greater.’

ISM President 2020-21, Professor Chris Collins said:
‘Errollyn’s work is truly unique. Both her career and music-making transcend boundaries, and during COVID-19, Errollyn has continued to innovate, explore and challenge. In my term as ISM President, I can think of no one more worthy of receiving this award.’    "