Hear this wonderful piece again in a proms concert from 2015.

A fabulous tribute concert to women who have worked in the BBC Radiophonic Workshop, first broadcast in 2018.

A concert from 2014 by the Hallé conducted by Mark Elder in which they gave the London premiere of Grime's 'Near Midnight', written for the Hallé in 2012 when Grime was Associate Composer. At times the music is dark and melancholic, at times bright with fanfares and bells, always lyrical, the work is a tone poem for modern times.

I must apologise for failing to post in advance of Sunday's broadcast of the BBC Singers conducted by Nicholas Kok, a concert from 2013. It was on my list but life has been very distracting these last few days. But you can listen again to this excellent concert here

This is the 1989 proms premiere of Minna Keal's Symphony, performed by the BBC Symphony Orchestra conducted by Oliver Knussen.

Keal had returned to music after a long break forced upon her by the need to work in her family's publishing business. Much later in life and encouraged by her second husband and inspiring teacher Justin connolly she began composing again and wrote a number of outstanding works, this symphony being one of several outstanding works she wrote in teh 1980s and 1990s. There is more information about Keal and her music here http://www.musicweb-international.com/keal/index.htm

Composer Sarah Rimkus writes about the inspiration behind her Composeher commission for Glasgow School of Art Choir, the pioneering scientist, painter and illustrator Maria Sibylla Merian, and metamorphosis, growth and change.

Sarah is an award winning composer and doctoral graduate from Aberdeen University. She is inspired by the British choral tradition, often curating texts for her vocal music from historical and current events, and exploring the intimacy of instrumental relationships in chamber music. She is also an active supporter and teacher of young composers.

Naomi Sullivan on women, the saxophone and questions answered by composer, Clare Loveday.

The blockbuster-worthy life and work of Adolphe Sax is brilliantly documented and it’s easy to while away hours down the internet rabbit hole, sketching together the story of the saxophone’s evolution. 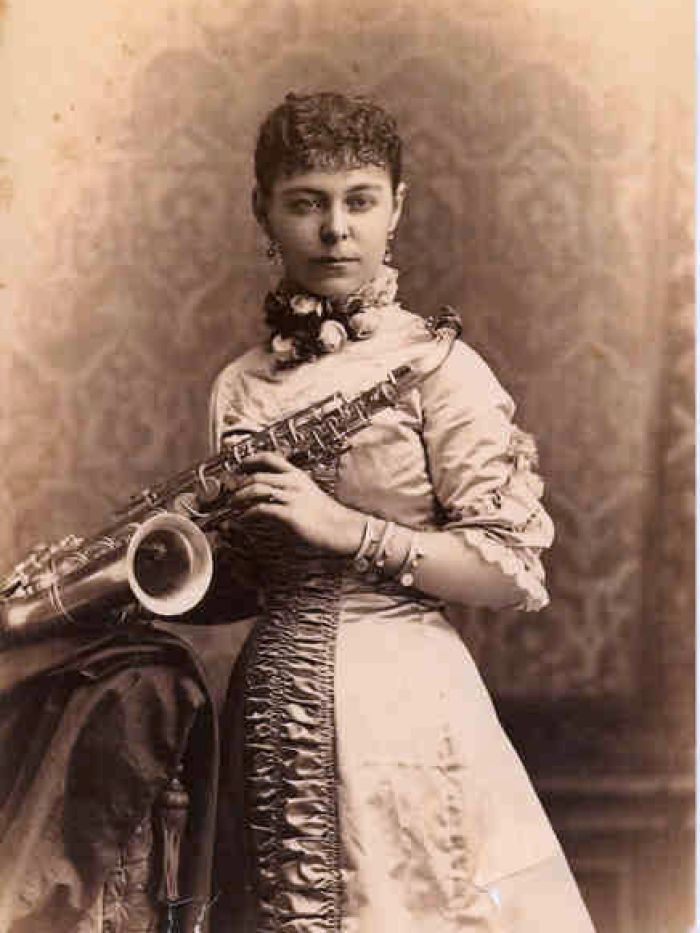 And along the way, whilst many in the world still seemed to accept woman as the second sex, there were a number of trailblazing women saxophonists and composers, offering other ways to tell the same old story. In 1876, Etta Morgan was billed by the Olympia Theatre in New York as, “the only lady saxophone player in the world”. 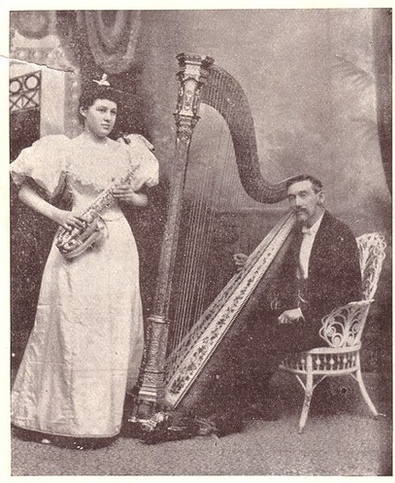 Bessie Mecklem began her performing career in 1890 and appeared on numerous programmes on the entertainment circuit. In 1892, Bessie recorded twelve Edison cylinders, Unfortunately, all have been lost, but they are thought to be the first saxophone recording made on a phonograph. 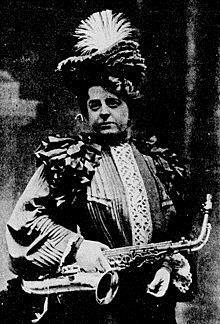 Elise Hall, of the Boston Orchestral Club, performed from 1900 to 1920, and commissioned over 22 works for saxophone, managing to get a saxophone concerto out of a reluctant and crotchety Debussy, who somewhat gracelessly referred to Elise Hall as an “old bat who dresses like an umbrella.” 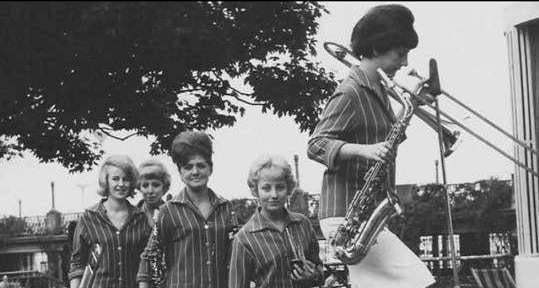 Ivy Benson was an English musician and bandleader, who led an all-female swing band. A blue plaque at her home in Holbeck reads: “…Her appointment as the BBC’s Resident Dance Band in 1943 confirmed her significant contribution to women’s equality.”

There are many more women saxophonists shooting from the hip from 1970s onwards.

The majority of my chamber music experience has involved playing music written by male composers and with male musicians. I’ve enjoyed it hugely. I absolutely love playing chamber music and feel extremely lucky to have worked with some incredible musicians. 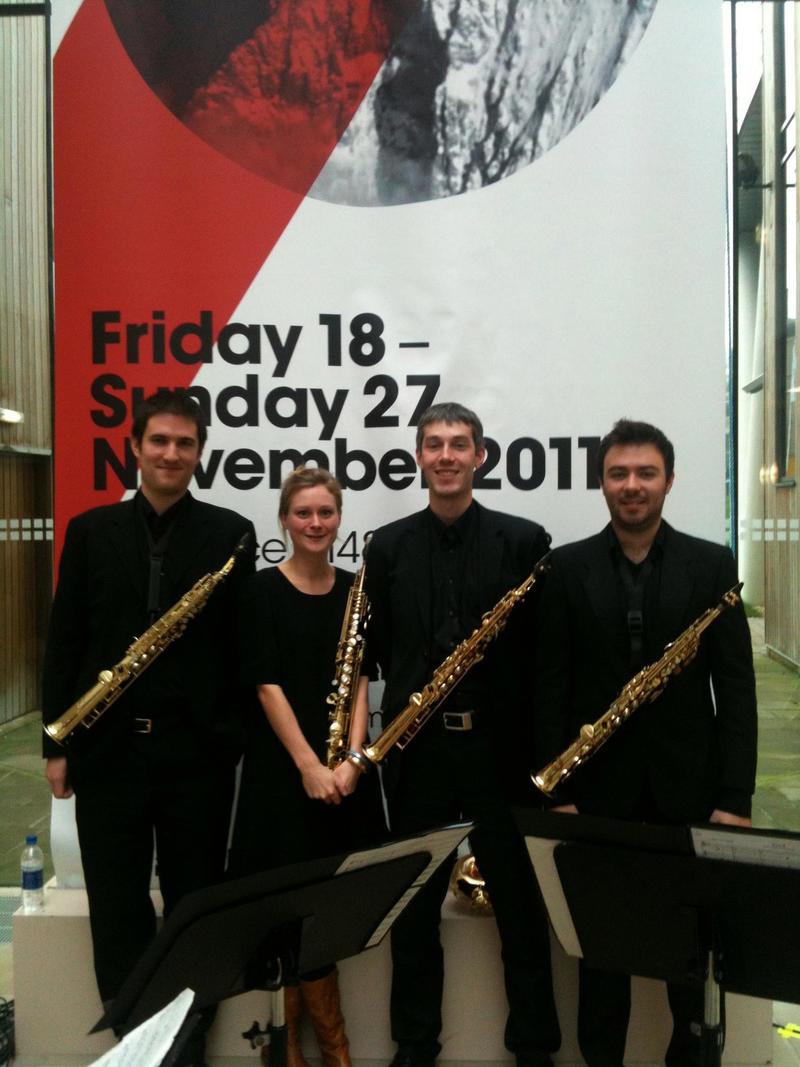 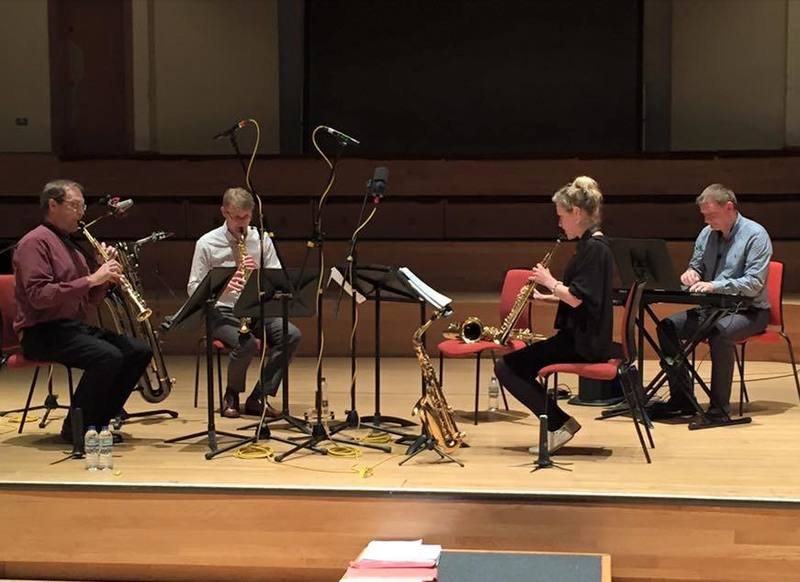 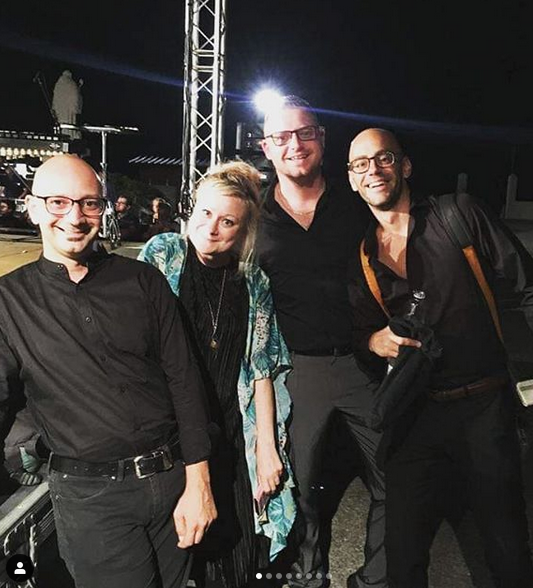 And now I’m looking forwards to playing new and old repertoire by women composers with the pianist, Yshani Perinpanayagam.  Again, I feel extremely lucky to work with these incredible musicians.

So why do we need to be so gender specific? Music is sound, transportation, communication. Sex comes pretty far down the list, on the whole.

And there are horrific, horrific violent atrocities happening across the world to women - and let’s be honest - the majority of victims will not be white women.

So why? How can this project be relevant?

And here I must introduce the composer Clare Loveday. Full of crystal clear thoughts, quick wit and shrewd first-hand observations of inequality of both gender and race in the beautiful but complicated lands of South Africa.

On a Wednesday afternoon in June, we zoomed from a rainy Crystal Palace to a wintery Johannesburg to catch up. She told me that after the lockdown alcohol ban in Johannesburg was lifted there were 11 reported rapes in just 48 hours. That sexism and racism is so deeply tangled into patriarchal society that be raising awareness is an open invitation to make yourself extremely unpopular.

I remembered a quote Clare shared once by Susie Orchbach, best known for her book Fat is a Feminist Issue. Orbach writes about passivity: "Surely activity is more pleasurable and rewarding than passivity? Not necessarily. For a variety of reasons, passivity has become the psychological result of the internalisation of the messages about self-identity. It happens rather like this: a pattern has become established in which a person's original initiatives were disregarded; this happens to all of us some of the time without being troublesome, but the continual thwarting, misreading and ridiculing of initiative creates a sense inside a person that what they produce, that what emanates from them, is somehow not quite right. They may present themselves and their desires differently and, if they are still not heard or seen, they may get angry, they may withdraw, they may comply and look as though they are not in trouble; they will have absorbed the message that it is better not to show."

Clare Loveday continues to say: “The sexism and violence towards women in this country permeates every aspect of life. The woman in our story has led a relatively contained life but has been a victim of violence. Her friends have been raped, beaten, are almost routinely humiliated. The tiny pockets of immense privilege may protect a few lovely young women for a short while, but the reality of the outside world is beating at the windows. This violence is not only physical; it manifests in a thousand ways. And this little story is just a small sample of a much much bigger picture. We should never fool ourselves into thinking that ignoring a woman shouting to be heard, or ignoring her revulsion at your sexist comment, is not an act of violence on her. For what is the purpose of violence if it is not to silence.”

I admitted I’m lucky. I struggle with ‘white guilt’. I live on a cosy if quite complicated Island. I could complain, but don’t need too. I’m lucky. Clare replied,

“White guilt is, for me, about my extraordinary good fortune at having been born white into a system that powerfully advantaged those with white skins. The effects of this are long, complicated and inescapable.

I feel zip white guilt in the UK. I shouted at beggars in Oxford. I was a monster white person. I'm always astonished by how white the UK is and how I can just blend into the pale background. You (Naomi) don't come from a stinking rich and privileged background. You work harder than anyone I know and any born privilege you've had comes from being born British (like being able to travel without visas, grrrrr) rather than white.

Yes, the UK is cosy, up to a point. It isn't ridden with crime, or desperate poverty, or the vestige of colonialism (it _should_ have a vestige of colonialism but has managed to dodge that one neatly by very British denial). It is rich, really rich. But it's hard too, as you well know - I don't have to detail that for you”.

So I asked her: How can this project, Illuminate, be relevant?

“Because, whether we like to admit it or not, colonialism still resonates powerfully. In countries like South Africa, the western-derived arts, like art music composition, measure themselves with the European arts, while at the same time being strongly isolated from them and seeking to find a South African voice. So what happens in the UK makes a difference. It means that woman composers such as myself can say to our profoundly patriarchal systems: Look what's happening in the UK. Why aren't we valuing our women composers like this? What about doing a similar project?

Projects like this can also expand out of themselves and link up with women's organisations elsewhere, offer suggestions, lessons learnt from mistakes etc. Organisations from South Africa have a wealth of diversity and new musical knowledge unknown in the metropol. Such links benefit all equally” 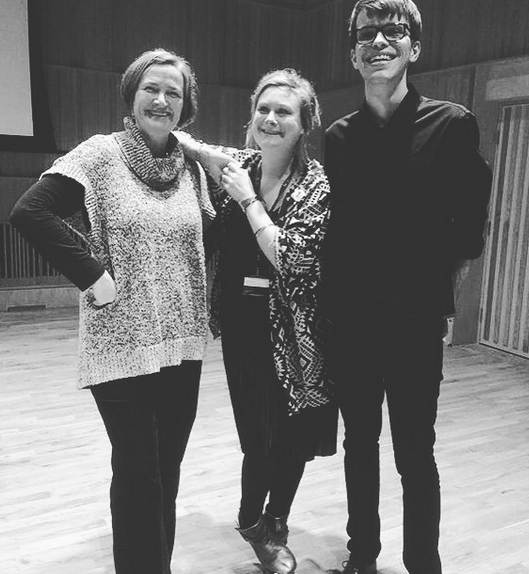 During a time that makes it difficult to look forwards, creating new music – with Yshani, Angela, Lara, Nina and Rachel – whilst looking back and learning from the past seems a luxurious lockdown pastime. And whilst I try to untangle loop pedals and pre-amps, it’s comforting to look back and think about ends and beginnings. And realise that never before have I appreciated my musical comrades so much. Here is to seeing you again soon and making some real noise.

Composer Dee Isaacs is writing new choral music as part of the Composeher project for Glasgow School of Art Choir. Women in Music wrote a blog post about this project back in the new year.

Dee is Senior Lecturer in Music in the Community at the University of Edinburgh and has worked with refugee communities and the charity War Child.

Her music for the Composeher project is in collaboration with the Scottish writer Gerda Stevenson.

You can read Dee's blog post for Composeher here https://composeher.co.uk/2020/04/composer-blog-dee-isaacs 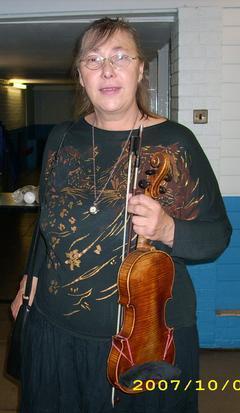 Women in Music were very sad to hear of the death of the composer and violinist Sonja Grossner on 12 April. Sonja was a long standing and active member of Women in Music and she made the effort to come to AGMs despite recent health issues.

Sonja wrote over 200 works and obtained a PhD at Birmingham Conservatoire. She was a passionate campaigner for equal opportunities for women in the arts. 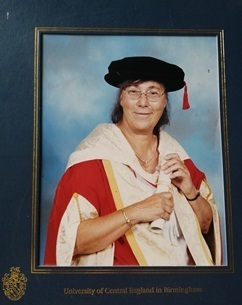 Her "Double Concerto for Bass Trombone and Clarinet" was performed by the Orchestra "I Solisti Veneti" directed by Claudio Scimone in Italy in 2017 with support from Donne in Musica as part of their work highlighting the considerable wealth of fine female composers in Europe.
You can listen to her work "From Dark to Light" here:

There is a thoughtful obituary by Sheila Mosley about Sonja's life and her work with the People’s Arts Collective in Leicester which you can read here:
http://crowspirit.org.uk/sonja-grossner-1942-2020/ 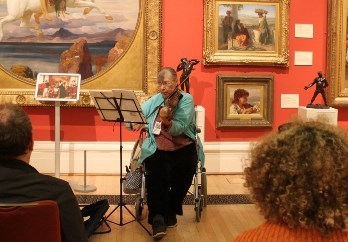