Marsyas Trio have contacted WiM to let us know about an exciting CD release on a top British label, NMC Recordings. The disc features the work of five living British women composers, including Hilary Tann and Thea Musgrave, who live in the US, alongside Judith Weir and two young rising stars.

The disc also includes a bonus track of Amy Beach’s Pastorale and Caprice Op.90. The audio is paired with a short art film/music video highlighting Amy Beach’s life and accomplishments.

The film will have its first screening at the Bloomsbury Festival in London on October 17th. The Festival theme is ‘Activists and Architects of Change’, highlight the work of prominent female figures across music, literature and other visual and performing arts. The film will thereafter have an international presence via Youtube and other online media formats.

If anyone is interested in having their logo included on this film, they should contact marsyas[email protected]

The Overture to Ethel Smyth's opera The Boatswain's Mate is performed at the BBC Proms this afternoon at Alexandra Palace at 3 pm. Jane Glover conducts. 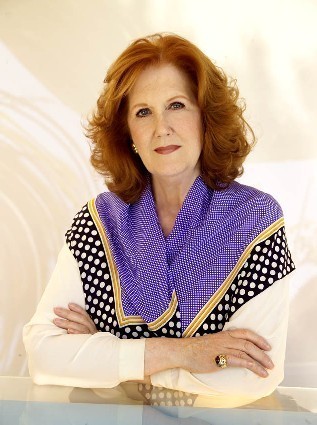 Women in Music were very sorry to hear of the passing of Patricia Adkins Chiti, founder and director of Fondazione Adkins Chiti: Donne in Musica (FACDIM), in June. She was a tireless campaigner for Women in Music internationally. She will be greatly missed. Some WiM members were longstanding friends of PAC, others only met her on occasions. She always made a great impression with her focus and determination and, behind her formidable presence, warmth.

I met Patricia only once, in London in 2013 when she came to promote WIMUST, a Europe wide project campaigning for equal treatment for women creators and composers of music. We talked about my own story of struggle to establish myself as a female composer and she was both sympathetic and supportive with practical advice. It was in my meeting with her that I realised that my career difficulties had not been simply due to what I thought were my own inadequacies, but were very likely related to my gender, and I also discovered that day that there were many other women who had been through similar difficulties. A life changing moment for me.

Her friend and colleague Silvia Costa (MEP and Chair of the Committee on Culture, Education and Sport at the European Parliament) has written a powerful tribute, Patricia Adkins Chiti: A life for women in music, which is reproduced in Musicwoman. You can read it here
https://musicwoman.wordpress.com/2018/06/13/patricia-adkins-chiti-rip/
Here also is the Wikipedia link for PAC (as she was affectionately known)
https://en.wikipedia.org/wiki/Patricia_Adkins_Chiti

Another BBC commission for this year's Proms, Bushra El-Turk's song Crème Brûlée on a Tree receives its premiere at Cadogan Hall. The piece is a response to Bernstein’s La bonne cuisine, also performed in the recital.

Laura Mvula's Love Like A Lion with words by Ben Okri is premiered by the BBC Singers at Cadogan Hall, 1 pm.

Mosaic Opera Collective is group of leading Black and Asian artists and practitioners from a wide range of disciplines dedicated to reinvigorating opera just as much as we celebrate it. Mosaic creates urgent, dynamic and engaging works which bring to the centre our multi-faceted experiences and identities and in doing so, add fresh and vibrant narratives to the operatic canon

The season continues tonight, Thursday August 17th and on to Saturday and SUnday 18th and 19th with two platfroms. Follow the link below for full details.

Having seen the presentation that will be shown again, tonight Friday 17th August, WiM chair Debbie Golt says 'I highly recommend this mini opera series at the open hearted Arcola Theatre, Dalston, London. I was so delighted to find so many women composers leading in adventurous and beautifully scored and performed one scene pieces with true diversity at their heart'

Another world premiere, Laura Jurd's The Earth Keeps Spinning receives its premiere performed by the National Youth Jazz Orchestra at the late prom on Thursday.

Suzanne Farrin's Hypersea is premiered at Cadogan Hall by Colin Currie and the JACK Quartet.